Why People Buy Houses–And Why They Aren’t Buying Now 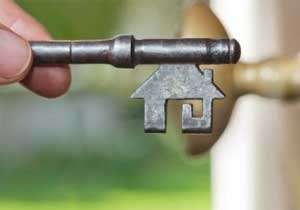 Settling in at the lunch table in a crowded downtown Decatur diner, I started to read an article in the AJC about declining 2010 home prices in Atlanta as compared to 2009. The median sales price was down 7% in one year…and 2009 was not a great year itself. As an active Realtor in intown Atlanta I didn’t need to read the rest of the article; I lived it every day. I closed that section of the paper and picked up the more entertaining weekend “Go Guide”.

As I read “Doonesbury” and “Dear Abby” I found myself eavesdropping on the conversation at the adjacent table. It was four women, three older, mid-50s maybe, and one younger. The younger woman seemed very comfortable with the group and it seemed they all knew each other well. They were talking about houses in which they grew up. As the conversation progressed, their reminiscences were fondly remembered and warm. The youngest one said she went to a yard sale at the house in which she was raised. “I’d like to buy the house itself,” she said, “but it wasn’t for sale.” She added, “Houses around there are only $40,000 each.”

I have no idea where she was talking about, but in her statements were the key to why residential real estate will always be a commodity that people want to buy. It’s the emotion coupled with the investment promise.

There is a substantial emotional difference between owning and renting, even if owning really means one pays the bank every month for the privilege of living in a house. When one owns a house it is his or her sole decision as to whether to move or not (as long as one has the money to make one’s payments). Owning is security. Owning is nesting and making a place one’s own. If the owner decides to improve his property, theoretically the improvement will help his property value and he will get to enjoy that improvement, show it off to his friends…reap the pride that comes with ownership. Memories are formed over time and memories are often fond in retrospect.

Contrast that scenario with renting. A friend of mine rents a perfectly nice townhouse in which she and her husband have lived for over three years. She’s an artist, and she had rigged up some sort of cover for the chandelier that hangs over her kitchen table. I asked her about it. She explained that she hated the chandelier; it was one of those $39 cheap ones from Home Depot. She would not replace it because she didn’t own the townhouse and she didn’t want to put any money into it. It is this transient nature that defines most renters. Positive emotion is necessarily suspended because neither security nor possible financial gain are involved.

Foreclosed houses are lonesome places. It is rare to walk into one and feel anything but vapid emptiness. The carpets are often stained, the appliances are usually gone, oftentimes there are holes in the walls and a plastic army man missing an arm lies discarded on the closet shelf. At one time the person who bought that home was radiant with joy and proud of his purchase. As time went on and it became clear that either he couldn’t pay the bank or didn’t want to be “upside down” considering today’s market value, he suspended emotion and quit caring about the house. Ultimately he moved his family and belongings out and left a shell void of positive energy.

If home ownership is fueled by emotion and promise of financial gain, it seems that today’s real estate market would be busier. After all, everyone knows “it’s a great time to buy”, right? If that’s the case, why did Atlanta median property values fall 7% in 2010 as compared to 2009? The massive amounts of foreclosures in Atlanta certainly aren’t helping property values, although I don’t think they are completely to blame. I read recently that the rent to house value ratio is now in favor of the house value. I would believe that. An investor can buy a $50,000 home and enjoy positive cash flow as the owner of a rental house. Considering the law of supply and demand, there should be investors for each one of these positive cash flow homes.

But there are not investors lining up for these homes, and there are not owner occupants beating them to the door, either. The federal government had the best of intentions (one hopes) with their First Time Homebuyer tax credit program in 2009 – 2010. It did bring a lot of first time homebuyers into the market. It made sense to target this demographic as, by definition, they did not have a home to sell first. Neighborhoods with lower price points, the traditional “first time homebuyer” areas, benefited. However, upon expiration of the program, activity in these neighborhoods substantially slowed, driving prices down. Those who bought during the program were now above the median price for the neighborhood. The market had artificially borrowed buyers from the future and now the future was here.

Today we have few first time homebuyers. Another category of buyer, the “move up” buyer–those people who have outgrown their houses for whatever reason and would like to move–cannot sell their house. They either don’t want to take the loss or feel that the market will improve and don’t want to sell now. Or they have their house listed at too high a price and the small pool of buyers ignore it because the investment promise is not there.

What will turn around this market? There are promising signs. In my personal experience, higher priced homes seem to be starting to sell. This could ignite the move-up market and create a domino effect. But overwhelmingly the one thing that will absolutely kindle this smoldering ember of a real estate market would be the relaxation of certain mortgage guidelines. It’s hard to get a mortgage right now. If you are an investor you are offered a higher interest rate and can only own a finite number of homes. Investor or not, a buyer needs a decent credit history–that’s fair–but he also needs to show pay stubs and consistent income from a “real job” for the last two years. According to Kelly Services, a whopping 25% of Americans were self-employed at the end of 2008. I expect that number is higher now.

I am one of that 25%, and I know that my situation is different from those with a “real job”, who bring in the same amount of income every two weeks and pay taxes on that static amount. I make some, I save some, I spend some, I deduct my legitimate expenses on my taxes, and by the end of the year it all works out but it may not look that great on paper. However, my credit score is over 800, which means I’ve rarely if ever missed a payment to a creditor. I can’t get a mortgage. A lot of my 25% can’t get a mortgage. And those are buyers this market needs–people who understand what it takes to be a responsible homeowner, people with money for down payments, people who want to buy investment real estate, people who want to move but can’t because their only choice is to keep the mortgage they have.

This market will come back, and I feel in Atlanta we are treading somewhere around the low point. The rent to house value ratio tipping toward value tells me that. The emotional component of home ownership is alive and well. The investment promise is certainly there. Banks need to realize that the free wheeling, no rules, walk-up-and-ask-us-for-money-and-we’ll-give-it-to-you policies that bankrupted them were one end of the financing spectrum. The pendulum has swung and is now pegged on the other end of that spectrum. As is so often the case in life, love, business and arguments, the prudent truth lies in the middle.