Rational in the Light 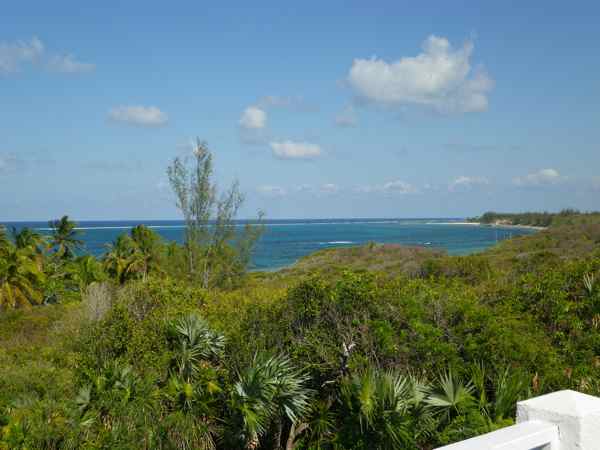 Paradise. That’s how a friend of mine here in Eleuthera half-jokingly refers to the remote Bahamian island. “So how’s living in paradise?”, he’ll ask. Well I’ve been here now for five days and I think I’m ready to hesitantly answer that question, as long as no one holds me to it and I’m allowed to update and even change my answer.

If you follow this blog and my website in general, you have some sketchy idea that I’ve been visiting Eleuthera for a long time. I first started spending my summers here when I was nine or ten. My actual age is somewhat in question because I went to Andros first, which is another Bahamian out island, and then visited Current Club on North Eleuthera after that. Those visits count but they weren’t for the summer so I’m never sure how to figure them in. Whatever, I know I spent my 10th birthday here as I have a picture of my brother and me with Eleuthera’s reigning grande dame Enid Bethel and her magnificent black Lab, in her yard on top of the hill in Governor’s Harbour. My birthday’s in March and I know we came back that summer. My stepdad would accompany us and then leave my Mom and brother and me, fly back to the States and work, and return for another couple of weeks to close out the stay.

This continued for just about every summer until I was 28 or so. Of course I couldn’t always spend the whole summer, even though I spent more time than I should have and for which I had vacation days. Then my parents bought and lived on a boat, a 46′ Grand Banks trawler outfitted specifically to cruise the Bahamas. We visited something like 100 of the 700 Bahamian inhabited and uninhabited cays and islands. We came back to Eleuthera several times which was an act of love, as the waters around Eleuthera are not that conducive to boating. In fact, Eleutherans made a great living from “wrecking” for many years in centuries past. They’d sort of, and in the nicest manner I’m sure, put the lighthouse beacons in just slightly the wrong places, encouraging boats to sail into reefs and wreck. But hey, it was a good way to get the supplies from the boats and I’m sure the sailors and wreckers all got together later, had a drink and laughed about it. Or something like that.

So anyway, since the summer days and the boat days I’ve only been to Eleuthera a grand total of once in the last ten years. Since the island has recently acted as my mind’s own lighthouse beacon, I knew it was time to come back. Without consulting family or boyfriends or girlfriends or even my dogs, I booked 11 days here in May, rented a fairly remote but very cool house, rented a car, and made plane reservations. As it turned out, my stepsister accompanied me and we spent three days driving up and down the island and laughing and eating and drinking Kalik beers and spending time with good people. She left yesterday and here I am for another week.

At first it felt very natural being here by myself. I drove to the grocery store and bought supplies. I had a chat with a friend I saw at the store. I came back to the house and walked to the beach and dove in the water. It was hot and I’d just spent way to long at the airport waiting for a delayed plane. I walked back up the hill to the house and showered. I took a nap. I woke up and sat on my porch and drank a rum and pineapple juice. It was evening by then. And very, very quiet. No sounds at all other than the surf and the wind and the occasional call of a bird. My cell phone works here, sort of, but there is no consistent signal. I certainly don’t have internet access at the house. There is no TV reception. Really, take my word for this, it’s quiet here.

So I plugged my iPhone into speakers I’d brought and listened to music. Good old Apple–if their iPhone isn’t useful for one job, then just use it for another. I cooked a simple dinner of meat sauce over spaghetti. I sat down to dinner on the porch and it just felt so weird not watching TV or reading or talking with someone. But you know, it was ok. My mind started to understand the night sounds and it was utterly relaxing. A Bahamian friend called and I said I was in for the night. I ended up watching old Sherlock Holmes TV series on DVD and went to bed at midnight.

Then it got kind of scary. I woke up at 2:00 and I just felt so utterly alone. My heart was beating faster and I realized I was paranoid. I got up and locked the sliding glass doors to the deck and closed a window that realistically even a small child could not crawl through. I went back to bed and every sound was magnified. What was that? Was it a footstep? I am never frightened like that and I did not expect it then. I know I rely heavily on my dogs at home to guard the house, and I think it was their absence that was really bothering me. I mean really, Eleuthera has petty crime, stolen money perhaps, but no violent crime. I was irrational in the darkness.

Morning dawned and I slept until 10:00. I felt surprisingly good for having had a restless night. I got up and drank a cup of coffee and ate a bowl of cereal. I walked a couple of miles down the beach in the breaking surf. I found a nice little piece of coral and a little nut or fruit or something I could not identify. I brought them back to the house and washed the salt and sand off of me. I cleaned the house, swept and dusted and all that stuff you need to do when you live on a beach and leave the doors open. And I finally knew it was time to sit down and write something. Well this it–you are now reading what I wrote. And I’m ready to tell you how Paradise is.

Paradise is good. Paradise is about serenity and self-reliance. Paradise is about visiting places in your mind that are so easy to overlook when you’re surrounded by phones and cell phones and computers and text messages and TVs and people. Paradise is stunning vistas and crystal clear turquoise water and pink sand that squishes through your toes. Paradise is walking out on your porch and starting to understand the bird cries and the rustling sounds in the brush. I think I like Paradise. Moreover, I’m pretty sure I need Paradise right now.

← Motorcycling and the Art of Life Bahamian Idol →