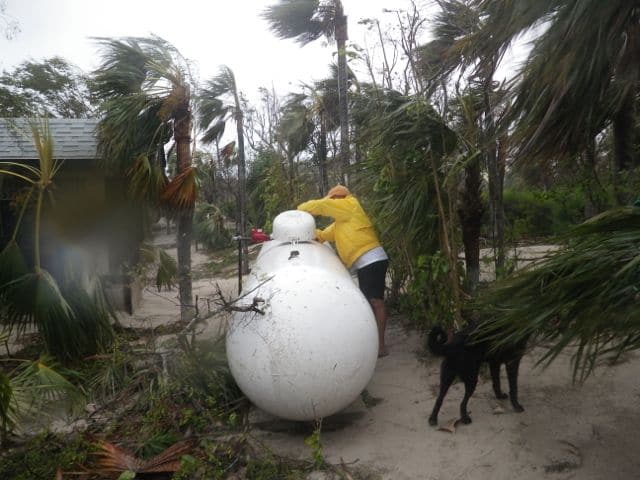 Our cable went out around 11:30pm last night and we went to bed. We did figure out an alternate method to access the internet, so it was good to have a contingency plan. We then had no BEC power or cable; we still had water and landline phone service. It was blowing and raining when we turned out the lights, which we still had thanks to a workhorse generator, and at that point we thought Irene was ok.

We both woke up at 3:00am. Irene was roaring outside and the pelting rain was at a 90 degree angle against the east side of the house. The numerous jalousie windows couldn’t take the water volume and they were all leaking. We tried to arrest the flow of water with towels and go back to bed, but that was an exercise in futility. We got up again and realized the water was really pouring in. At that point there was maybe an inch of water on most floors, upstairs and downstairs. We got into a routine, Fred downstairs and me up. We’d go from window to window taking the towels and wringing them into a trashcan, then putting that towel back on the sill and moving to the next. With any time left over we’d mop the wet floors and move anything on the floors to a higher level. Ironically we had water all over the house but the water in our taps stopped. I tried the phone and it was out. Now all our utilities were out. Our toweling and mopping finally worked and Irene cooperated too, and at 6:30 the rain had stopped and we’d hit the hurricane eye.

We took the dogs out in relative stillness. There were some trees down and debris was everywhere. No structures we could see were harmed, but we didn’t–and still have not–gone inside anywhere but our primary house. We went back to bed and the serious noise and wind started. The house shook and shuddered and creaked and windows rattled and banged. The rain, fortunately, was minimal. We just lay in bed, tired, not sleeping but listening and drifting in and out of consciousness. Our phones rang a couple of times and ironically my two calls were from people in the US who had no idea I was in the middle of a hurricane in the Bahamas listening to 125mph winds outside. It was a strange morning but nothing horrible happened and finally around 11:30 the intense clamor subsided.

We took the dogs out again. They seemed to sense that the worst was behind us. They were playful and ran through the wreckage. The debris was much worse after the morning’s pounding. Many more trees fell. A few lights were missing, a storage closet was open, trees rested gently on two houses but do not seem to be causing damage. There are more trees broken and fallen then there are whole trees. Bushes and shrubs are ripped from the earth. Banks Road in front of the houses is passable, at least in our stretch. There is a lot of clean-up that needs to happen but on the whole, at least on the surface, it seems manageable. Flooding is minimal.

We switched to well water and took showers. We haven’t ventured out again. We need to check the insides of the other houses but it’s still raining and blowing out, although Irene is much more subdued now. I’d like to check out the beach too…it was low tide when we were out before and I think I need to wait for the next low tide before the beach will be accessible. It’s brighter out now, certainly not sunny but light and everything looks sort of silvery through the salt and the rain. Soon, it’s time to start the clean-up. 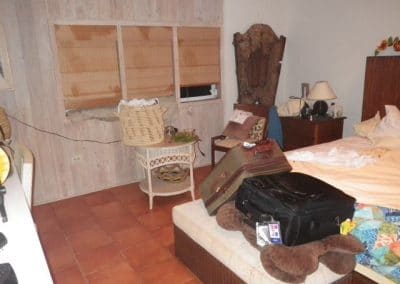 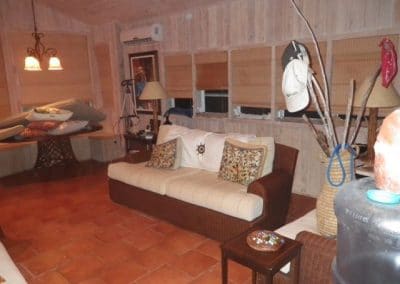 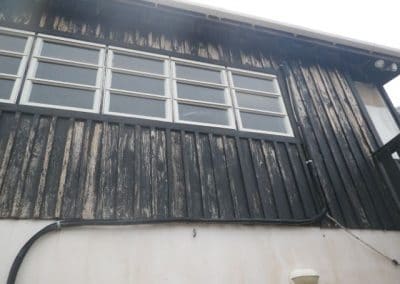 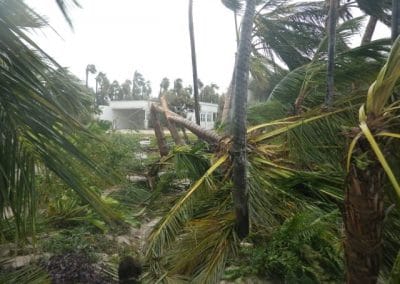 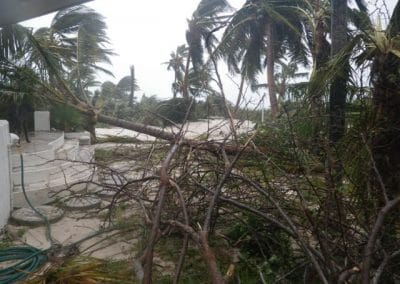 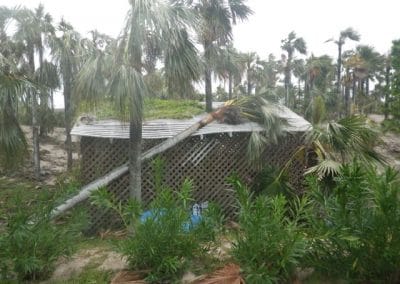 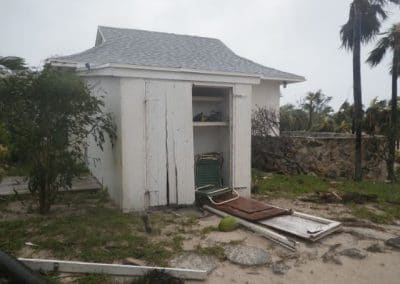 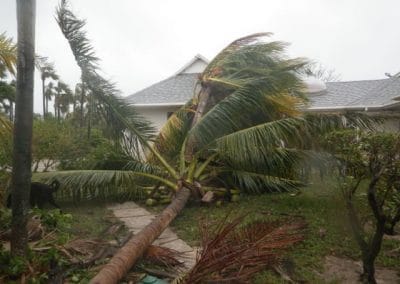 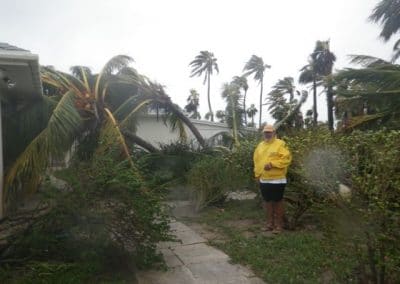 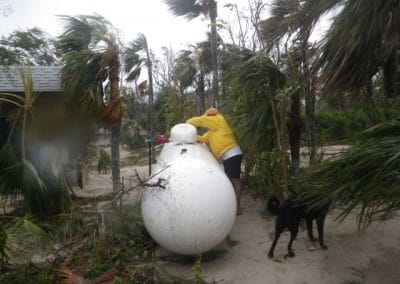 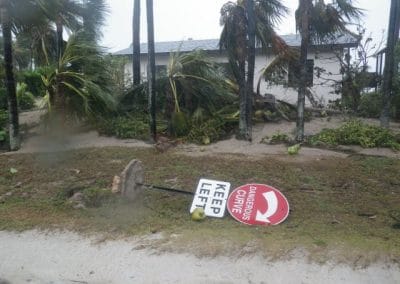 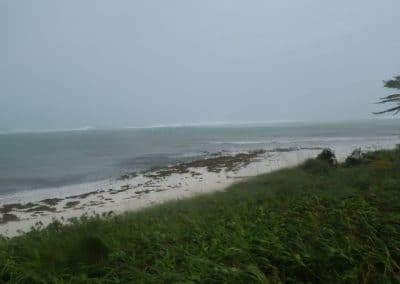 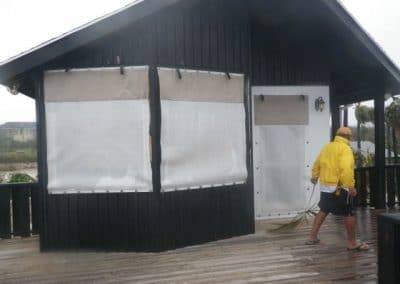 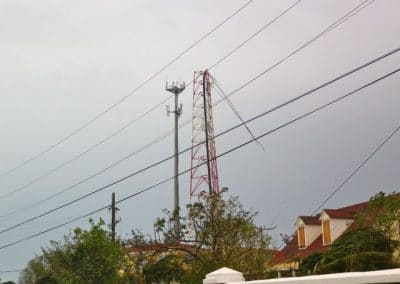 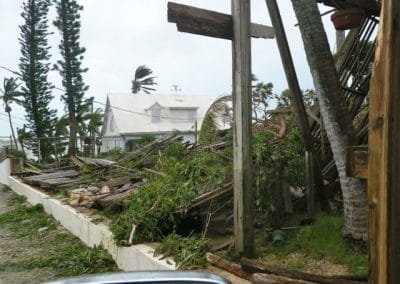 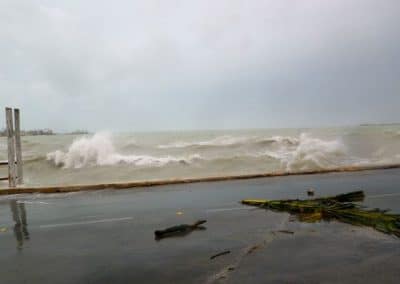 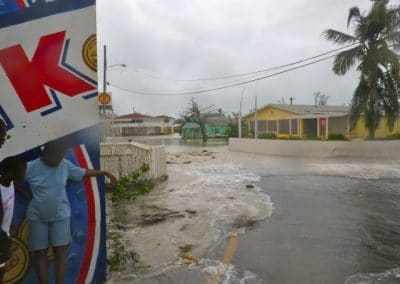